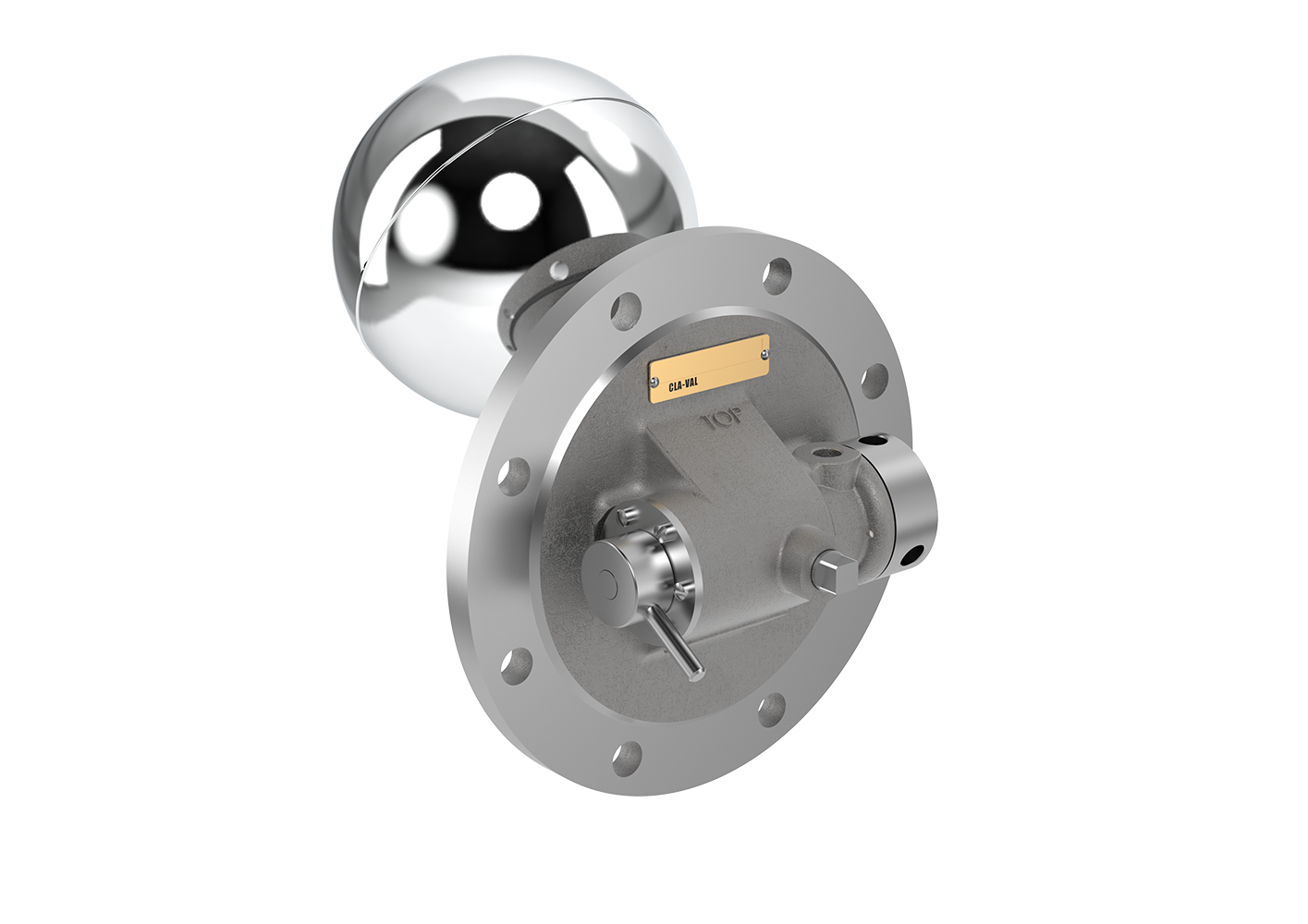 The Cla-Val Model CFF21 Flanged Float Control is a float operated pilot control
installed in the water accumulation sump of a fuel filter/separator. It is designed
to automatically actuate a water drain valve (Model 100AF) and to sense a rapid
accumulation of water in the sump in excess of the capacity of the drain valve. If
the water level cannot be reduced by the drain valve, the float control signals the
fuel discharge valve to close until the water has been drained.
The Model CFF21 Flanged Float Control features an integral tester which allows
in-service testing of the pilot operation and the integrity of the float ball.
Conventional testers only test the operation of the control pilot mechanism, they
do not check the integrity of the float ball itself. A simple ballasting method is
used in the Model CFF21 making it possible to test the operation of the control
pilot and to determine if the float is sound and buoyant without the costly and
time consuming process of removing the control from the separator or injecting water into the sump.