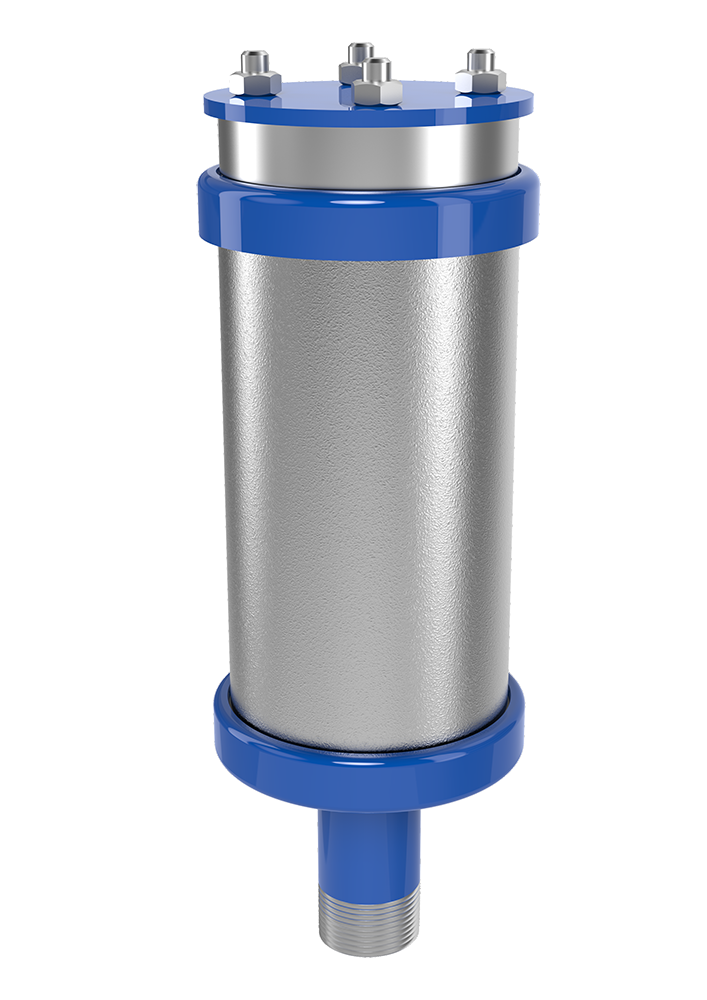 During rapid filling, pump trip, rapid valve closure and other surge events. The valve will switch into anti slam mode.
Switching from the larger orifice to a smaller anti slam orifice.
The smaller orifice will restrict the rate at which air can escape the pipeline and as a result slow the flowrate of water through
the pipeline.
Air passes around the lower float and small orifice float through the anti slam orifice to atmosphere.