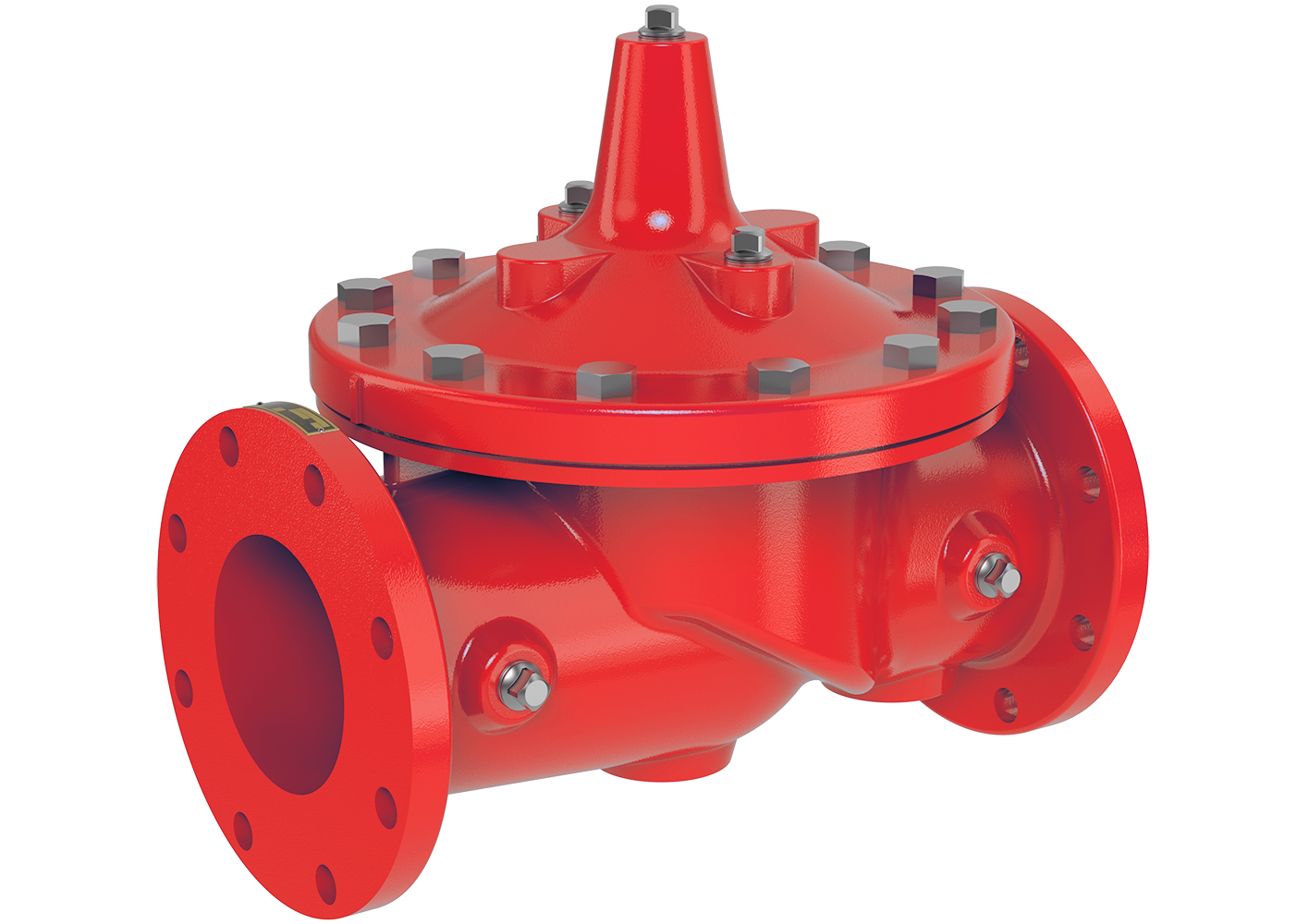 The body (ductile iron or cast steel) is epoxy coated and contains a removable seat insert. The diaphragm assembly is guided top and bottom by a precision machined stem. It utilizes a non-wicking diaphragm of nylon fabric bonded with synthetic rubber. A resilient synthetic rubber disc retained on three and one half sides by a disc retainer forms a drip-tight seal with the renewable seat when pressure is applied above the diaphragm.